I don’t formally make resolutions at New Year, but this year I plan to review the books I read, as soon as I read them. I finished the first book of 2020 – that I’ve read cover to cover (there’s a couple of “current reads” which I’ve tried to get into but haven’t found my way with yet – in the week. So close enough.

This novel came to me by way of Netgalley. I love Netgalley, it gives me the chance to read books in advance and prepare reviews that will hopefully help new authors or new books for established authors. However, last year I wasn’t the best at posting reviews in a timely fashion (i.e. before or on the launch date). This year will be different (she says, in January).

As I’ve already mentioned, I’ve been trying to get into different novels over the past few weeks but not getting far. If the subject matter doesn’t meet what I’m looking for in that moment, back it goes to the to-read bookcase. But If I Had Your Face was different.

This novel gripped me from the outset. At first, the concept of being “plunge[d] into the mesmerising world of contemporary Seoul” caught my attention and tempted me to request the novel. When it arrived, and I was pulled in, it became so much more than the subcultures of plastic surgery, ‘room salons’, and K-Pop stars.

Told by five women in alternating narratives (a literary trope that I’m a huge fan of since first reading Trumpet by Jackie Kay 15+ years ago), I found myself being both engrossed in their world(s) but also invested in what would happen and finding out what had happened to get them there.

Although the first few chapters felt that they could easily be standalone stories, the links between the women became clearer until the perfect last scene when they are pulled taut as they sit on the stairs of their apartment complex. Despite being worlds away, their stories were familiar and all-encompassing. I could see parts of myself. I could see parts of women I know. And that reflection drove me to read their stories, this novel, as quickly as I could.

It’s out on 23rd April, and you can order it from your preferred seller here. I agree with the Evening Standard, it’s definitely one of the best books to look forward to this year. 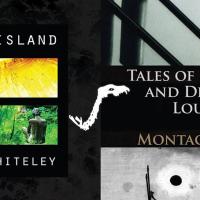